What is "Agoura Village" and why should you care?

Agoura Village was the subject of a “design brainstorming” effort lead by the City and a consulting team in 1997 -98 that resulted in a “Village Concept Plan” embracing a pedestrian-friendly,
vibrant, and entertainment-oriented village-scale vision for the area around Agoura and Kanan Road.. To support this vision, a special overlay zone, Agoura Village Overlay District–AV, was developed for the Village as an interim solution to prevent inappropriate uses from developing until a detailed plan could be developed.

That was the beginning of the "Agoura Village Plan,"  a planning document which spells out the development requirements for a specific part of the city. In this case the Plan area runs along both sides of Agoura Road, from one block west of Kanan Road to approximately two blocks east of Cornell Road. Roadside Drive and Highway 101 border much of the area to the north and open space borders the south. It is the most prominent undeveloped parcel left in our city.

The Agoura Village Specific Plan area is the southern gateway to the city and the northern gateway to the Santa Monica Mountains. It is an area that, once developed, will forever define the character of Agoura Hills. The Specific Plan was finally adopted in 2008 after years of careful planning and unprecedented community involvement. It became clear early on that the residents wanted a pedestrian oriented village, a small scale, mixed use area that would become a gathering place and a fitting "Gateway" to the Santa Monica Mountains. The demand was for places like Ladyface Ale Company that utilize outdoor dining and take advantage of the views, rather than look-alike chain businesses that dominate in other cities.The Village area would be a place friendly for people, not dominated  by cars and parking lots.

The crash of the economy in 2008 brought a halt to most development in our area. Although the specific plan was in place, no developers came forward with plans to build within Agoura Village. Today that has changed. With the economy heating up, several developers have come forward with proposals to build within Agoura Village. Many of them will want us to change the standards so they can build what they want, and as intense and dense as they want instead of adhering to the Agoura Village Plan. We are concerned that piecemeal development that begins to nibble away at the “village” concept, will quickly turn our “gateway to the Santa Monicas” into just another commercial center that can be seen anywhere. Our identity as a city that takes the presence of the Santa Monicas at our southern edge as its reference, respecting the views of the rolling hills, heritage oaks, unobstructed ridgelines and night skies may quickly be lost to just another commercial strip.

We urge our readers to be involved and attend the "Agoura Village Study Session" planned for 4:00 p.m. Tuesday afternoon, September 23, at City Hall.

You can read about Agoura Village Specific Plan on the city's web site. We have provided a link  HERE to take you to the adopted plan.
1 comment:
Email ThisBlogThis!Share to TwitterShare to FacebookShare to Pinterest

Medea Creek clean up will take place Saturday the 20th from 9am-12pm on the corner of Agoura Road and Kanan. The event is sponsored by Heal the Bay and the city of Agoura Hills and is part of coastal clean-up day. Coastal Clean-up Day is the largest volunteer day on the planet with participants world-wide picking up trash and other unnatural debris from their local coasts, river, creeks and watersheds. Last year in Los Angeles County there were over 10,000 participants. 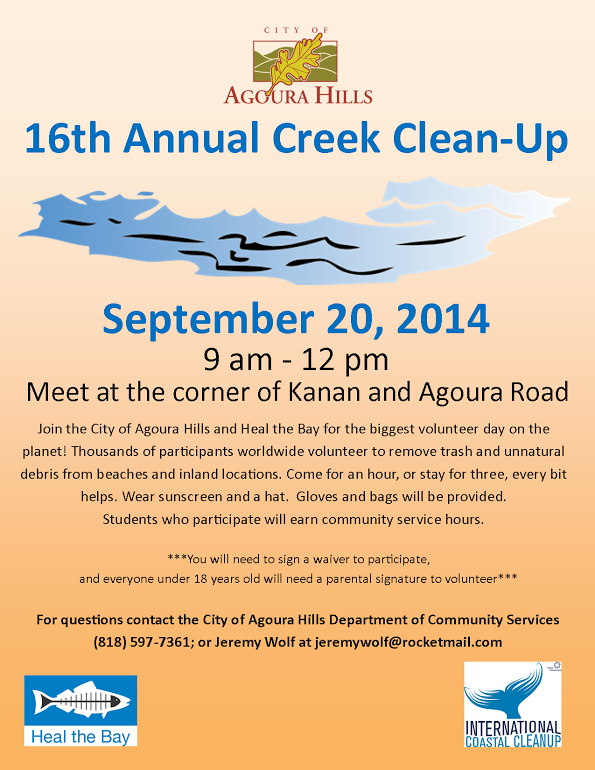 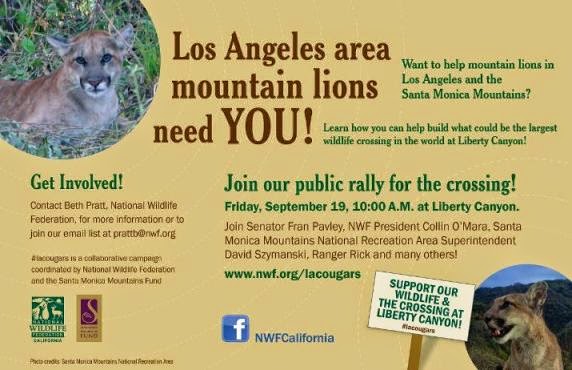