Vote by Mail Drop Box Provides a Safe Option. An Official Ballot Drop Box is Now Available at Agoura Hills City Hall - Be Sure to Vote 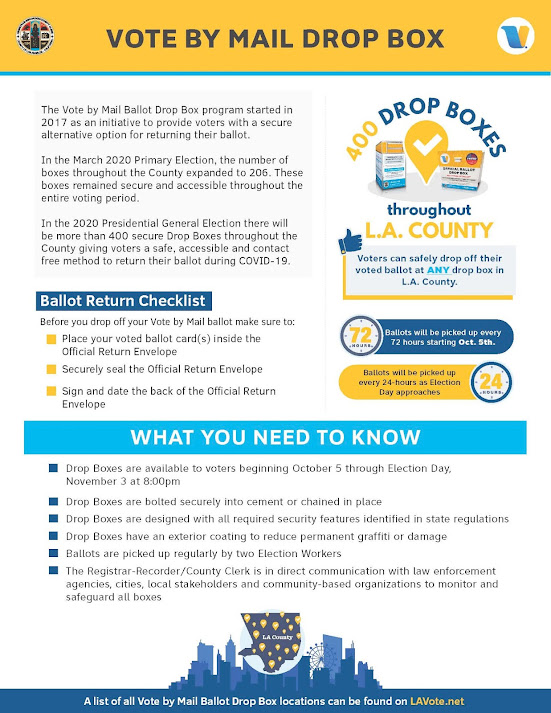 
No comments:
Email ThisBlogThis!Share to TwitterShare to FacebookShare to Pinterest

Governor Newsom has signed AB1788, a bill banning the use of certain poisonous chemicals used to control rat populations. These anti-coagulant rodenticides have been proven to move up the food chain, with fatal consequences for predators. The bill prohibits the use of second-generation anticoagulant rodenticides (SGARs) in California, which currently affect wildlife such as mountain lions, bobcats and owls throughout the state. 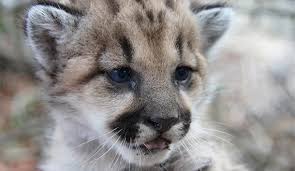 “Mountain lions and wildlife in California face so many challenges. Our freeways are such deadly barriers, the LA cougars are inbreeding themselves out of existence, which is why we are building a wildlife crossing across the 101. But we also need to fix this poison problem to ensure a future for these cats,” said Beth Pratt, California regional executive director at the National Wildlife Federation who gave remarks at the signing. “The National Park Service has been studying cougars in the LA area for almost 20 years and in this small population, six cats have been already been killed by rodenticides — and it’s a horrible, cruel death for these magnificent animals .”

“Rodenticides are deadly for California’s mountain lions and other precious wildlife across the state,” said Governor Newsom in a statement. “My father was a naturalist and a strong advocate for the preservation of mountain lions, and I grew up loving these cats and caring about their well-being. He would be proud to know that California is taking action to protect mountain lion populations and other wildlife from the toxic effects of rodenticides.”

The bill is particularly important for mountain lions like P-22, the famous mountain lion who lives within Los Angeles' Griffith Park and almost died from rodenticide exposure, and whose image appears on the bill. Previous studies by the state found the chemical in 70 percent to 90 percent of all tested wildlife, potentially causing hemorrhaging and death in the animals. Conservation groups previously warned that use of these chemicals could cause enormous die-offs or even extinction of wildlife species in California, the most biodiverse state in the country. The ban is also a public health victory, as estimates show that 15,000 children are exposed to rodenticide

No comments:
Email ThisBlogThis!Share to TwitterShare to FacebookShare to Pinterest
Newer Posts Older Posts Home
Subscribe to: Posts (Atom)
TO READ OR POST COMMENTS: Click on the article title to the left and scroll to the bottom of the article.
<----------