Wildlife Crossing Gets Closer to Reality

The solar farm, located adjacent to the Las Virgenes Municipal Water District (LVMWD) headquarters, was initially designed to generate peak power of approximately one-megawatt, which is used to pump recycled water for regional use. The recent expansion to 5-megawatts will provide long-term cost savings and reduce the need to purchase more expensive electricity from traditional means. 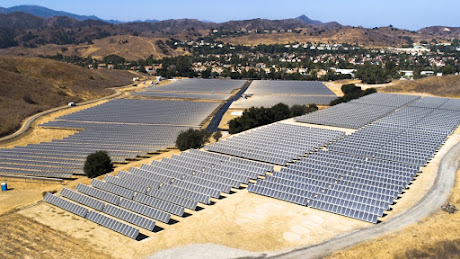 “Reducing our carbon footprint is one of our key strategic objectives,” commented John Zhao, director of facilities and operations at LVMWD. “This solar expansion will provide enough electricity to power all operational needs for the Tapia Water Reclamation Facility annually, while at the same time significantly reducing greenhouse gas emissions.”

The reduction of greenhouse gas emissions achieved by the solar expansion is estimated to be the equivalent to removing 1,200 cars from the road or planting 6,600 trees.

“Perhaps the most significant aspect of this project – this is a sustainable investment which allows for both environmental integrity and continued human progression,” said LVMWD Board President Jay Lewitt. “The advantages of this upgrade are plenty, and saving customers $10 million over a 25-year period is definitely significant.”