A Development Project Public Forum for “The AVE,” a mixed-use project, will be held on Tuesday, June 12, at 6:30 p.m., at the Agoura Hills Recreation and Event Center.  Per the Guidelines, notice is posted on the link below on the City website home page (under “Community Interest”) and is being mailed by the applicant to: City residents within a 750-foot radius of the project site; all HOAs with City limits for which the City has current contact information; any public agency within a 750-foot radius of the project site; and agencies and individuals who have requested notification of public meetings for the project. 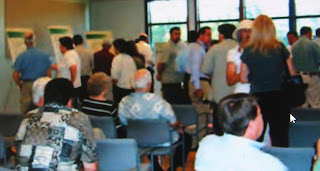 As is allowed in the Guidelines, a notice of the forum has been published in The Star newspaper, rather than The Acorn, because of publication conflicts and deadlines resulting from the holiday weekend.  A forum notification sign is also being posted on the project site, at the southeast corner of Agoura Road/Kanan Road.

Among the items the June 5 ballot asks voters to consider is Proposition 68 that would authorize bonds to fund parks, natural resources protection, climate adaptation, water quality and supply, and flood protection projects.


There are several funding categories in this $4.1 billion bond that could provide benefits to Agoura Hills, nearby cities, unincorporated areas and the Santa Monica Mountains Conservancy, including our watersheds, local, regional and state parks, and more.

If passed, funds would be available for habitat restoration, watersheds, water quality, and supplemental funding for projects such as  storm water capture programs,and local water supply projects.
If Proposition 68 is approved, The Wildlife Conservation Board, the Santa Monica Mountains Conservancy, Department of of Natural Resources and the Department of Fish and Wildlife will be able to make grants to fund eligible projects.

If adopted, the Santa Monica Mountains Conservancy Conservancy and the Wildlife Conservation Board would receive a new infusion of bond money to make additional grants and would have funding to acquire additional open space and to restore natural habitats.

In its May 18 edition, The L.A. Times recommended a "yes" vote on Prop 68. Former State Senator and Agoura Hills Mayor Fran Pavley endorses the measure, along with the California Chamber of Commerce, the Metropolitan Water District as well as many environmental and civic organizations.

Details on Proposition 68 can be found in the state's Official Voter Information Guide, which was recently mailed to households with registered voters.

Nestled at the base of Ladyface Mountain on Agoura Road just west of Reyes Adobe, the Conrad N. Hilton Foundation is among the largest philanthropic organizations in the United States. A legacy of the famous hotelier, the Hilton Foundation supports global health, education, and safe water access in developing countries and, closer to home, works with city and county officials to end chronic homelessness in Los Angeles. In the first quarter of 2018, the Hilton Foundation has awarded over $13 million in grants. (For more information: https://www.hiltonfoundation.org)

Impressive as that may be, the organization is also a unique asset to the community and a good neighbor. The headquarters building sets an example of functional architecture that is attractive, environmentally sensitive to its surroundings, and at the forefront of energy efficiency.

The current headquarters building was designed to exceed the U.S. Green Building Council's LEED Platinum certification. Among its characteristics are solar power generation, a gravity driven climate control system that minimizes energy use, a stormwater recovery and storage system, and the use of recycled water for irrigation and lavatory flushing. Remarkably, the building is heated and cooled naturally, without a gas furnace or air conditioning units. In short, its impacts on the environment have been reduced. Architects and design engineers from all over the world have come to tour and learn more about the facility.

A Need to Expand

When the Foundation acquired its 43-acre site, additional buildings were planned for the organization's anticipated expansion. The additional structures were already approved by the City of Agoura Hills, with the understanding that development at the site would occur in phases. However, the Foundation's leadership has now re-imagined the campus in several ways because:

Instead, the Foundation has taken a "clean sheet of paper" approach to its expansion. They sought to minimize the impacts on the environment, preserve the oaks and consolidate the infrastructure support systems for the campus. A new proposal was created to:
Does the Proposal Comply With City Development Policies?

One of the key guidelines to development in Agoura Hills has been a policy that states, "Let the land dictate the use." The new Hilton Foundation campus plan seems to adhere to that intent, by leaving the stand of oaks intact and the hillside free of development. There are two areas where consideration must be given to deviation from the city's development standards:

1. The setback from Agoura Road is proposed at 90 feet, where the existing code would require 100 feet. Mitigating factors include a berm that would shield the parking structure portion of the building from view at road level and landscaping that would further screen the structure.

2. The proposed height of the building would exceed the city's current 35-foot limit. This occurs because of the multi-level underground parking and a need for three levels of office space. Significantly, the taller building would actually be less visible from homes north of the freeway than the previously approved buildings which would have been placed much higher on the hillside.

Agoura Hills Tomorrow believes that the Foundation's requests have merit. While we have ardently stood by the city's 35-foot height limit, previous applications for variances have most often been for commercial visibility such as signage, building identification through architectural elements like clock towers or additional stories to maximize leasable space. The Hilton Foundation proposal is for none of these reasons. Instead, their application appears to be driven by environmental concerns - preservation of the hillside and consolidating the campus while minimizing its footprint. These are good reasons to consider a variance.

Summary
The Conrad N. Hilton Foundation is a community asset any city would be proud to have. Its commitment to philanthropy throughout the world speaks for itself. The commitment it has to Agoura Hills as a good neighbor and as an example of what is possible through environmental stewardship and leading-edge building technology sets it apart from the routine applications often received at the city's planning desk. For these reasons, it is our opinion that full consideration should be given to the Foundation's Agoura Road campus proposal.
No comments:
Email ThisBlogThis!Share to TwitterShare to FacebookShare to Pinterest
Newer Posts Older Posts Home
Subscribe to: Posts (Atom)
TO READ OR POST COMMENTS: Click on the article title to the left and scroll to the bottom of the article.
<----------
"Few generations pass down the absence of things rather than the presence of things. Other generations pass along a legacy of office buildings and developments. This generation says we’ll pass along a different legacy — a legacy of mountain lions gently padding along wilderness areas." Joe Edmiston, Executive Director, Santa Monica Mountains Conservancy
"Something will have gone out of us as a people if we ever let the remaining wilderness be destroyed." Wallace Stegner