In reaching their decision, the WCB followed their staff recommendation, shown below.

"The Santa Monica Mountains is one of the largest and most significant examples of Mediterranean-type ecosystems in the world. The mountains are located in one of just 35 'biodiversity hotspots' worldwide, and the only one in the continental United States. Currently, it is home to over 1,000 plant species in 26 distinct natural communities. These communities provide habitat for nearly 400 species of birds, 35 species of reptiles and amphibians, and numerous mammal species that include bobcats, coyotes, and mountain lions. The Santa Monica Mountains is also home to more than 50 threatened or endangered plants and animals, which is among the highest concentrations of such listed species in the United States. 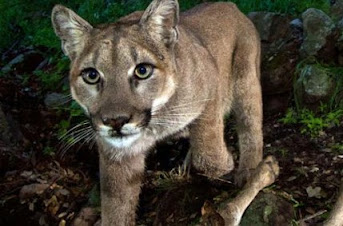 The Los Angeles freeway system, most critically, US 101 transiting through the Santa Monica Mountains, acts as a significant barrier to genetic movement for mountain lions and all wildlife. Re-connecting the entire region is of significant ecological importance. Along with providing connectivity that will help ensure the sustainability of 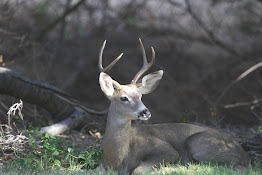 the overall biodiversity of the region, the most prominent and time-sensitive threat this project addresses is the likely extinction of the local mountain lion population in the Santa Monica Mountains. The permanent loss of the southern California mountain lion would be devastating for conservation, but more importantly for the entire ecosystem because, as apex predators, they play a key role in the health of the landscape."

"The Liberty Canyon area, near the city of Agoura Hills, has been identified as the ideal location for a wildlife crossing over US 101. Prime habitat, contiguous with large swaths of protected habitat north and south of this connection, has already been protected on both sides of the freeway. Connecting these areas would give mountain lions and numerous other species living in these highly fragmented habitats the room they need to roam, mate, and thrive.Decades of local, regional, and statewide scientific study, research projects, and planning have informed the purpose and need for the wildlife crossing at Liberty Canyon. These efforts determined that building a wildlife crossing over the ten lanes of freeway and an access road is the optimal solution to connecting habitat north and south of the freeway. The crossing design has been developed through conceptual design and environmental document phases. It proposes a multi-option crossing zone that leverages the underpass wildlife connectivity restoration funded by a prior WCB grant immediately to the east of the proposed crossing site." 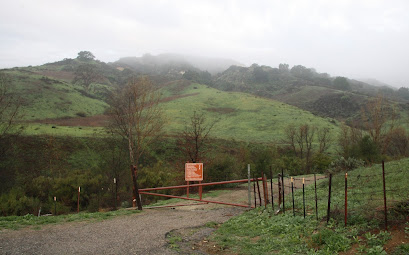 "To complement the overpass, Liberty Canyon riparian areas that were channelized by a large dirt fill area placed when the freeway was built will be restored, with the fill being used to create the southern approach landscape. The new topography will allow the riparian corridor to be restored and expanded to the west, directing wildlife passage toward the overpass landscape. The crossing topography will restore the “nose” of the mountain previously lost to the freeway, effectively restoring a portion of the mountain that was removed. The wildlife crossing will connect native chaparral and coastal sage scrub habitat to the north and south of US 101 by providing restored habitats, without impacting existing riparian areas on the south of the freeway. In addition, the fill from a former development pad will be relocated to restore the former natural mountain slopes over the freeway, allowing a channelized stream to be restored to natural sinuosity within the restored riparian woodland. The remainder of the new topography will be restored as coastal sage scrub and oak savannah habitats, including new habitat that will be constructed over the wildlife bridge itself."

NWF  to Manage the Wildlife Crossing

"The National Wildlife Federation (NWF), in conjunction with Caltrans,has adopted a Management Plan that guides management actions for the property, including management of the property. If at any time during the 25-year life of the project, NWF does not manage and maintain the project improvements, the Grant Agreement requires that it refund to the State of California an amortized amount of funds based on the number of years left on the project life."