Should this island of 43 acres of unincorporated land adjacent to the Liberty Canyon neigborhood be a part of Agoura Hills or Calabasas?

We reported in February that preliminary work had begun to locate and design a critically needed crossing for wildlife in the Liberty Canyon corridor. This location is the last remaining linkage between the Santa Monica Mountains on the south and the Simi Hills on the north for large mammals, including mountain lions. Keeping the Liberty Canyon community as natural as possible, and with commercial development as low impact as possible are key to its success. 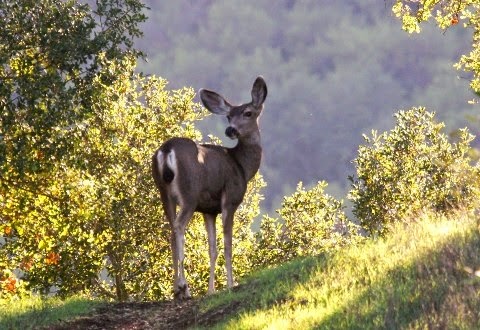 There's potentially a lot at stake.

We are very concerned now about a fast-moving application our neighbor City of Calabasas has filed to annex 43 acres on the eastern edge of Liberty Canyon, now a part of L.A. County. A vacant office building is about to be occupied by a firm manufacturing and shipping electronic devices. Impacts of those operations will not fall on any Calabasas residents. Their closest residents are a half mile away. The impacts will all fall on 500 Liberty Canyon families, including commercial truck traffic, noise, night lighting, potential intensified weekend activity, etc. It is also precisely the wrong direction to head at the moment that the City's vision for the wildlife corridor is moving forward. Calabasas has been open that their move to annex the property is all about capturing the sales tax revenue.

It was disturbing to read in the April 17 Acorn that the Calabasas city manager "had previously spoken to Agoura Hills City Manager, Greg Ramirez, about whether his city would consider annexation of the land, and Ramirez reportedly said no." We sincerely hope that is not true, since this is an issue that should have been placed in front of the city council. Greg Ramirez has denied that he made such a statement.


Update: Greg Ramirez statement just sent to Agoura Hills Tomorrow: "The quote by Tony  Coroalles  is not correct or true, he has contacted me (and the Acorn) accordingly.  The context of our conversation was, "had" the City of Agoura Hills ever attempted or considered annexing this land in the past.  More specifically, was it identified in our most recent General Plan update as land that should be annexed by the City.  My answer was no it was not."

Our concerns are magnified by the fact that Calabasas chose not to support the County's Local Coastal Plan last week. This visionary plan for protecting the natural resources in the coastal zone of the Santa Monica Mountains is historic and was seven years in the making. It was fiercely opposed by development interests, but supported by every major environmental group in the region, all the way from the Sierra Club to local HOAs. Agoura Hills Mayor Pro Tem Illece Buckley Weber spoke eloquently in support of the plan on behalf of our city. Calabasas stood silent. Only Councilmember Fred Gaines attended and spoke, and not for his city but for private clients who opposed the plan. This worries us.

As former Agoura Hills Mayors, we believe that the Agoura Hills City Council must take action to protect Liberty Canyon residents and to preserve the viability of the Liberty Canyon wildlife corridor. When they meet on Wednesday, we hope they will do the following:

2. Begin the process of formally requesting that LAFCO instead designate the 43 acres as a Sphere of Influence of the City of Agoura Hills.


Primary access to the area is through Agoura Hills roads. By design, Agoura Road has been kept a two-lane rural road to slow traffic and protect the abundant wildlife in that area. Intensified commercial development and traffic across Liberty Canyon Blvd. is inconsistent with this goal. Because the impacts fall on Agoura Hills residents, our city should be the planning and zoning authority to make those decisions. The area in question is on the Agoura Hills side of the hill that forms the city's boundary, making it geographically a logical part of Agoura Hills. Because of the location, city services would be more easily provided by Agoura Hills and a designation as our Sphere of Influence is the logical choice.

If you agree, please let the City Council know that you want these decisions made by your city council, not by Calabasas.

Attend the City Council meeting at 6:00 p.m. and speak in opposition.
Send a letter to Mayor Koehler at wkoehler@ci.agoura-hills.ca.us
Call City Hall at 818-597-7300 and leave a message.

Time is of the essence. We thank you.

My thunderous applause to the former mayors for taking this outspoken stand. To those of us reading of Ramirez's comment in the Acorn, it was exasperating for all the reasons you have expressed herein which it seems should be obvious to anyone who gives this issue even a little thought. It is the city's job to protect it's citizens and that would be me and us!