Our Old Familiar Globe is Gone

It’s melted and dried, burned and drowned, storm-wracked in ways never experienced before.

The past three decades have been the hottest on record and 2015 is expected to set a scorching new high. As a species we are already moving and adapting, adjusting our definition of hospitable land.

The trouble is us. Our machines spew so much extra gas that we’ve pushed the boundaries of livability. The Earth has warmed 1.5 degrees Fahrenheit since the start of the Industrial Revolution, an annual average that masks a lot of day-to-day chaos. The fastest warming has occurred in the last few decades—a jaggedly rising line that can’t be explained by natural variability. 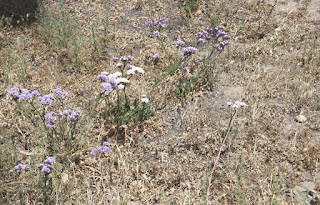 The solution is also well understood. The world as we like it requires an enormous amount of power. About 80 percent of that power comes from oil, gas, and coal. But when we burn these fossil fuels—the literal dregs of dead plants and animals pulled from the ground—we emit more and more greenhouse gases. Finding a way to stop these emissions is the only way to stop climate change.

This November and December, President Barack Obama and leaders from every nation are gathered in Paris for the United Nations Framework Convention on Climate Change, a ten-day meeting of historic proportions.

Harder rains, longer droughts, more frequent heat waves—we’ve seen them all. These are the plague of a 1.3 degree rise in average U.S. temperature since 1900 and the plague isn’t over. The next 1.3 degrees are expected to kill thousands and rob the economy of billions of dollars in the century ahead.

And then there’s California.

By now everyone has probably heard about the state’s punishing drought, the worst in its history. The rains would have slowed without climate change but the heat is what hurts the most. California’s rising mercury—at least 2 degrees on average since 1900—has melted and evaporated trillions of gallons of water.

In the most optimistic scenario, more than 150 countries—rich and poor, developed and developing, inland and coastal—will agree to trim their emissions enough to slow global warming. In fact, they’ve already made those pledges.

But by mid-century we’re still on pace to blow past 3.6 degrees of warming: the guardrail set by scientists and ratified by governments as an outer limit of sanity. Beyond 3.6 degrees there is no precedent for life as we know it.

The future is California.
It’s where lawmakers first responded to climate change and it remains the best signal of where the country—and the world—may go after Paris. To understand why you have to understand the strangely twinned destines of a grey-haired middle school teacher and the current president of the United States.

They met once in the White House Rose Garden. All but giving up on support from Congress, the president had just announced the first in a series of executive efforts to remake the way America is powered. They include the Clean Power Plan, which set the first-ever limits on emissions from U.S. power plants. They form the basis of the president’s global promise in the run-up to Paris: at least a 26 percent drop in American emissions over the next decade. But what almost no one knows is that the president’s initiative is built on the work of Fran Pavley, the school teacher who’s also a state legislator.

Since the sweltering summer of 2001, she’s authored or aided every major piece of climate legislation in California. Cap-and-Trade? That was Pavley. The first vehicle emission standards? Pavley again. Should climate change be taught in public school? She made it so.

Pavley fights for laws that are rooted in science, a rather poetic occupation for the great-granddaughter of William Jennings Bryan, the ruddy-faced orator who fought to suppress the science of evolution.

She does her part at home, too, battling her state’s drought with low-water shrubs. She doesn’t use a washing machine or an air-conditioner. She drives a Prius.

But her legacy remains in serious peril.

This is Pavley’s last year in office, her last year to lock in historic reforms, and perhaps the planet’s best chance to adopt the ideas she has championed in California. If the rest of us fail, she fails. If we succeed, she succeeds too. It’s that simple and, quite possibly, that sad. When the president shook Pavley’s hand in the Rose Garden, he didn’t even know her name.

THE ROAD TO NOW

California is ready to address climate change. Fran Pavley can feel it. She’s an affable, optimistic woman of 66, the representative of a picturesque stretch of Los Angeles and Ventura counties, from the bluffs of Malibu to the foothills of the Santa Monica mountains.

At a recent town hall, she introduced herself as a Valley Girl, which is technically true. It’s also the kind of self-deprecation that helps when you’re pushing for cuts so aggressive your own party is divided. Pavley grew up in the smog-filled Fifties, headstrong and outdoorsy. She would flush with rage when recess was canceled by the airborne poison of a million cars.

The first time she felt like Californians were ready for a major piece of climate legislation was 2001. After a two-decade career teaching eighth graders about the making of laws, she was elected to the state Assembly to make some laws of her own. She introduced a bill that would limit tailpipe emissions from cars and trucks, the nation’s leading source of global warming pollution.

A ten-year political firestorm ensued, afraid that fixing the sky would mean nixing the economy.

But Pavley pressed on in California. She pushed the bill through the Assembly the following January. That’s about when the death threats started.

The auto-industry argued that the law was costly, impractical, and utterly unneeded. It used a $5 million war chest to whip up public anger, summoning images of vehicle bans and gas rations. At one point an SUV brigade circled the state Capitol in Sacramento. A man even cleared Pavley’s office with a baseball bat.

Ultimate victory, however, was a much slower burn. The state needed a waiver from the Bush Administration to actually implement Pavley’s law. In the three decades since the Clean Air Act was passed, a waiver had never been declined by the Environmental Protection Agency. Officials argued that the government has no right to regulate greenhouse gases under the Clean Air Act and, even if it did, it would not use that authority. The auto industry—which had sued to block Pavley’s law—rejoiced. But the celebration was short-lived.

In April 2007 the U.S. Supreme Court ruled in California’s favor: the EPA must take action or provide a science-based explanation for why it doesn’t consider global warming to be a danger to human health and welfare.

In December 2009, the EPA issued an “endangerment finding” for greenhouse gases, formally declaring it proper to regulate them.

“CALIFORNIA’S LAW HAD BECOME THE LAW OF LAND.”

By then Obama had already met Pavley in the Rose Garden, where he announced that automakers would have to raise fuel-efficiency to 35.5 miles per gallon by 2016 and slash tailpipe emissions by some 30 percent. California’s law had become the law of land.

By then Pavley had also passed her second landmark piece of climate legislation: the 2006 Global Warming Solutions Act. It committed California to the path that it’s on, tamping down carbon emissions to 1990 levels by 2020, a goal the state is on pace to accomplish. President Obama, meanwhile, with his assist from Pavley, has America on track to meets its own short-term emissions goals.

But the hardest and fastest work is still ahead.

THE ROAD BEYOND
China, the world’s largest carbon emitter, has pledged to reduce emissions and invest in clean energy. A campaign to starve fossil fuel companies of investment cash has surged past the trillion dollar mark. A half dozen major oil companies have said they support a price on carbon pollution. Pope Francis has become a committed environmental activist.

But there’s still so much to do.

Pavley and her allies have already turned back the clock on California’s emissions, returning them to a level unseen in the state since Ice Ice Baby was a radio hit. They’ve also snapped the link between economic growth and emissions. Population and gross domestic product are up. Unemployment and pollution are down. The lights of the state are still shining. That alone is historic.

But it’s not enough.

The politics of such a transformation are brutal. This year Pavley tried to pass SB32, a companion to her 2006 Global Warming Solutions Act. It would have committed the state to a 40 percent reduction in emissions by 2030 and an 80 percent reduction by 2050.

That’s in line with mainstream science. It’s also the official goal of California governor Jerry Brown, President Obama and the European Union. No country or state is on track to achieve it, however, and no government has ever written it into law. Pavley was trying to make history once more.

But the Chamber of Commerce called Pavley’s bill a cliff dive for the economy. The oil industry, meanwhile, poured nearly $20 million into ads that undermined Pavley’s bill and attacked a companion provision that would have forced a 50 percent reduction in petroleum use by 2030. The arguments were old saws: gas rationing, financial ruin, government overreach.

And yet, the bill died.

“We’re good until 2020,” said Henry Stern, one of Pavley’s most trusted advisors and a candidate for her Senate seat. “The question is what happens after that?”

The remaining work of Fran Pavley, Barack Obama, and the rest of the climate movement is to find a way to get some of the world’s most profitable companies and powerful nations to give up on a $100 trillion payday. That’s going to be a bit tricky.

Not that Pavley is giving up. Not at all. She’s in Paris as part of a small delegation of California’s climate heroes, including an actual movie star, former Governor Arnold Schwarzenegger, and a man nicknamed “Moonbeam,” current Governor Jerry Brown.

She’ll use the world’s eighth largest economy to show that we don’t have to choose between business and the environment. She’ll also bring SB32 back for a vote in 2016. And she’ll campaign for Henry Stern, a young lawyer she hopes will not only continue her work but deepen it. Beyond that who knows? Maybe someday soon the president will invite Pavley to the Rose Garden again. This time he should know her name.
Email ThisBlogThis!Share to TwitterShare to FacebookShare to Pinterest