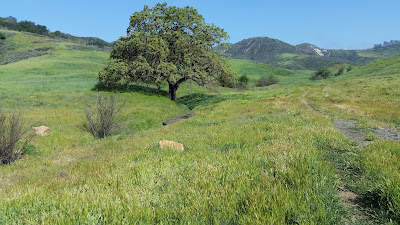 The Conservancy, which has helped preserve more than 75,000 acres of local open space and habitat, was allocated $12 million in the plan to proactively reduce the risk of wildfire, strengthen wildfire resilience, increase carbon sequestration, rally against the effects of climate change, and dedicate more resources to local community infrastructure.

“Governor Newsom’s approach to combating the effects of climate change is transformative,” said Joseph T. Edmiston, Executive Director of the Santa Monica Mountains Conservancy. “The Governor is executing a plan that will attack this threat with regional tactics. The Santa Monica Mountains Conservancy is prepared to deploy its unique expertise to create proactive solutions to reduce local wildland fire risks.”

High intensity wildfires in the Santa Monica Mountains and Rim of the Valley Corridor Zone have become more and more common in recent years, driven primarily by weather−most famously the Santa Ana and sundowner winds−and a seemingly endless series of devastating droughts. Santa Ana wind conditions, especially in the parched summer and fall, have produced the most destructive and extensive fires on record in the region. Brutal drought conditions prevent recovery of the native landscape and have increased susceptibility and frequency of fire fanned by the Devil winds. As population grows, the fire risk has become more pronounced and dangerous.

“The Conservancy is prepared to put extensive preventative measures and management strategies in place now before the Santa Ana winds begin,” said Edmiston. “Shovel-ready, immediate actions include the establishment of a 101 freeway fire management corridor, removing non-native fuel sources, and planting ember-resistant native oak stands. Fire patrol, arson watch, inspection, and coordinated deployment will also be critical.” Since 2020, the Conservancy has been developing the Regional Forest and Fire Capacity Plan to evaluate the diverse fire capacities within the region including differences in vegetation type and assess existing forest and biophysical resources.

The Santa Monica Mountains Conservancy is a State Agency that was established by the Legislature in 1980. Since that time, it has helped preserve more than 75,000 acres of parkland in both wilderness and urban settings. The Conservancy’s mission is to strategically buy back, preserve, protect, restore, and enhance treasured pieces of Southern California to form and interlinking system of urban, rural, and river parks, open space, trails, and wildlife habitat that are easily accessible to the general public.