On March 8, the Agoura Hills City Council heard an appeal of the Planning Commission’s approval of the Cornerstone project. (See our previous article of February 26.) Nearly 50 people came and testified against the project. They asked the Council to slow the process and do a more thorough review of all the environmental impacts on this magnificent gateway site vs. simply declaring them mitigated. The Council denied the appeal on a 3 to 2 vote, giving Cornerstone the go ahead. Weber, Schwarz, and Koehler gave a green light to the project, while Northrup and Buckley-Weber said no. 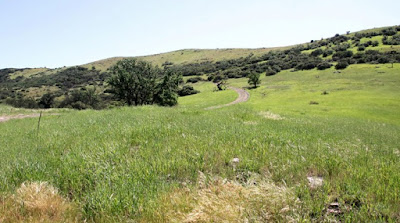 We think Linda Northrup and Illece Buckley-Weber got it right. In our February post we gave some of our reasons for denying the project. First, the project was increased in size in 2014 by 38% over its original submission in 2007. This means that none of the many public meetings held to introduce the Agoura Village Plan (AVP) and to take public input included a project of this size. The people who approved the AVP did not see this version of Cornerstone. Many of them, who still support the AVP, were at the March 8 meeting to oppose the Cornerstone project. It was not what they were promised.

Not only was the Cornerstone project vastly changed in scope from its 2007 version, but the Environmental Impact Report (EIR), also approved in 2007, did not anticipate the impacts of a project this size. The EIR is 10 years old. Should the Agoura Village be increased by 38% based on 10 year old information? We think not. Knowledgeable testimony at the March 8 hearing brought out major discrepancies in the EIR. The Native Plant Society did a survey of the site that found rare and endangered native plants not listed in the EIR. Rincon, the city’s own environmental consultants, recommended that the knoll on the site be avoided because of significant archeological evidence. Sam Unger, the Executive Director of the Regional Water Quality Control Board and a certified engineer, testified that the plan did not meet current storm water runoff quality standards. Biologists Paul Edelman and Dan Cooper expressed concern about insufficient mitigation for removal of 29 oak trees and scrub oak habitat. Residents of the Cornell area questioned how traffic studies did not take summer beach traffic into consideration.

“Strongly encourage two-story development
and massing along Agoura Road and within
the Village to bring a comfortable scale to the
street and to reduce the impact of the large
street right-of-way.” 1-11

“Reduce building heights and terrace buildings
located along the hillsides to complement the
natural terrain.” 1-11

Cornerstone has three 3 story buildings, 45 feet in height, on Agoura and Cornell Roads.

“Preservation and restoration of natural resources
such as creeks, native vegetation, trees, and unique
topographical features is an important component
of the Village vision. Natural resources should be
integrated into the planning considerations for
proposed developments in an effort to reduce the
potential impacts on these resources.” 1-13
Minimize grading and protect the natural
Surroundings” 1-13

“Properties in Zones A South, B, E, and F shall
minimize grading on existing slopes and knolls
to the greatest extent possible.” 4-46

As we said in our previous post, “We recognize that development will inevitably impact the natural environment and we still agree with the original vision of the Agoura Village Plan.” The point is not to stop development, but design it in a way that minimizes conflicts with natural and historic resources, and enhances, rather than threatens, the livability of our community. That is what the Agoura Village Plan was always about and that is why it drew the overwhelming support of the community.

Lets be clear, we were not asking the Council to deny the project, but to require a new focus EIR, an alternative site plan, or additional review to address the new and significant adverse impacts that were not addressed in the proposed Cornerstone development.

We are concerned that this project will now be cited as precedent by the developers of Agoura Village projects to follow. We will be watching carefully as to the faithfulness of these projects to the vision of Agoura Village as pedestrian oriented -- a gathering place for the community, with low impact development, restaurants, shops, down-lit lighting to preserve views of the ridgelines and dark skies. A place fitting to its location as Gateway to the Santa Monica Mountains from which we take our mission statement.

To leave a comment or read the comments, click on the title of this article and scroll to the bottom.