On Wednesday night, March 8, the Agoura Hills City Council will hear an appeal of the Cornerstone project, a mixed use development on the the knoll at the South East corner of Cornell and Agoura Roads. Cornerstone is within Zone E of the Agoura Village Plan (AVP) and, as the first project in the AVP, will set a precedent for all projects that follow. 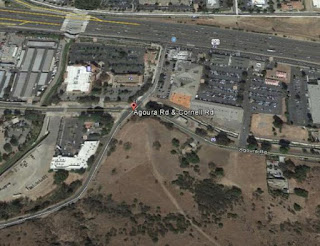 We have several concerns about whether the project is actually consistent with the AVP.

When Cornerstone was first introduced to the city, in 2007 it consisted of 84,457 sq. ft. of mixed used development. The Agoura Village Plan was adopted by the city in October of 2008 after considerable input from residents. But Cornerstone was changed and resubmitted to the city in 2014, this time at 116,776 sq. ft. or 38% larger. None of the charrettes, the meetings that took input from the public before adopting the AVP, ever showed a project of this size in this location. To state that this was the intention of the plan all along is just plain wrong.

Chapter 4, page 46 of the AVP requires that "grading shall be minimized by following the natural contours," and further, "minimize grading on existing slopes and knolls to the greatest extent possible." It also says "Prominent and distinctive natural features of the area shall be preserved and integrated as open space," and development is to be "clustered on less environmentally sensitive areas of the site to maximize open space and resource protection." How important is this particular site? A photograph of the knoll appears in the plan, 4-47, as an example of the unique character of Agoura Hills that is intended to be preserved. In antithesis to this requirement, Cornerstone proposes to grade 75% of the site, removing 92,500 cubic yards of dirt, or 5700 truck loads. In addition, it will remove 29 oak trees and remove 21,271 sq. ft. of scrub oak habitat and endangered plants. 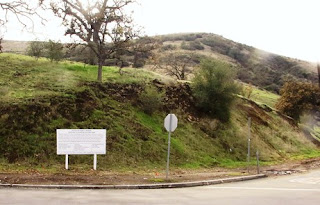 We recognize that development will inevitably impact the natural environment and we still agree with the original vision of the Agoura Village Plan. Perhaps some tweaks need to be made in details of the plan, such as the ratio of housing to commercial development. But the original concept of a pedestrian oriented village that preserves the views and unique natural character of Agoura Hills should remain the objective. The Cornerstone project has many good features and could be a good start to the Village, but only if it respects the intent of the AVP and the natural features of the city and site it wants to occupy.

We suggest that the council not approve the project yet, but instead require a focused Environmental Impact Report to more fully address the adverse impacts and come up with a plan that is consistent with the vision and guidelines of the AVP.

Sounds like the developers have gotten a foot in the door with a limited proposal that they now want to jettison in favor of a vastly expanded plan. To approve this subterfuge will accomplish two things:
1) Invite more of the same from future developers, and 2) Ensure that the natural features of the southeast corner of Cornell and Agoura Rd. will not survive. And for what? Cramped, poorly designed, out of place edifices. If done in moderation, and in accord with the original submission and the AVP, I can see the benefits to our community. But this plan that is the subject of the appeal would benefit only the developer's pocket book.

The land grading plan for this proposal calls for a huge amount of existing earth to be removed and the whole remaining site to be mechanically compacted to a very dense condition with heavy equipment. This method is called mass grading, and it completely interrupts the natural water flow path. When the removed oak trees are replaced, as required by Agoura Hills regulations, the new trees will not survive into the future. A more environmentally sensitive plan is to select building sites where there are no existing oaks, and only compact the earth on each building pad separately.

I am very concerned about the size and scale of this project. I moved to Agoura to enjoy a unique community that was committed to preserving the beautiful natural landscape and wildlife. I would be in favor of a smaller, walkable project that saves some of the beauty of the land, not a Rick Caruso-esque development that could easily be found in any suburb in America.

I am concerned and saddened by this project.
I moved here because of beauty not the potential shopping

I am very angry over this disaster waiting to happen. The traffic will become horrific, the smog, the noise pollution and the light pollution, the congestion of so many more people pouring into this one small area will be abysmal. I left Toluca Lake/Studio City because it became more crowded with each passing year and now the same will happen here and to try to make us believe any differently is insulting to our intelligence.

The Beauty of Agoura hIlls is in my eyes the rolling hills. Grading and removing the hill is sadly not in the character of the beauty of Agoura Hills, Once construction is in place there is no rolling back. Yes to a EIR impact report and downscaling the project and really complementing the beauty of the area.