Our State Senator, Henry Stern, and our Assembly Member, Richard Bloom, are hard at work trying to get the state to provide funding to acquire the last remaining parcels of the Triangle Ranch. (See the map below.) They have put in a budget request for $14,500,000 from the State's General Fund to enable the Santa Monica Mountains Conservancy to purchase Phase 4, the last remaining part of the Triangle Ranch not already in public hands.

This last part of the Triangle Ranch was slated for up to 34 homes by Los Angeles County. That development would effectively block east/west connectivity to the Liberty Canyon wildlife crossing as well as adding scores of automobile trips to the already impacted Kanan Road fire evacuation route from Cornell and Malibu.  (See plot plan below.) 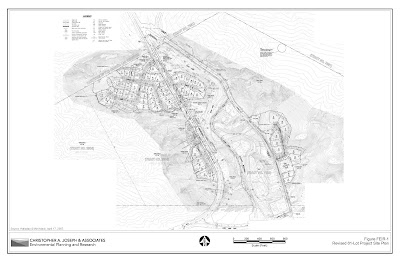 As former mayors of Agoura Hills, we have unanimously endorsed Senator Stern's and Assembly Member Bloom's efforts to protect this property. Our letter of support is reproduced below. If you value the uniqueness of the Santa Monica Mountains, and our city's historical role as the Gateway, you can help make this happen. Join us in writing a letter of support.


Send letters or emails of support to:

We are ten former mayors of the City of Agoura Hills. Together, we represent a continuity of service from our City’s founding in 1983, to the last city election in 2018. We are writing to express our support for your request for a General Fund Budget Item of $14,500,000 to enable the Santa Monica Mountains Conservancy to acquire the last phase of the Triangle Ranch.

This last remaining parcel of the Triangle Ranch is a key block of habitat linkage in the Santa Monica Mountains. It provides a critical East - West corridor for wild life migration to and from the Liberty Canyon wildlife crossing, currently planned by Caltrans. It contains blue line streams and significant undisturbed native vegetation. It is prime habitat for mule deer, bobcats, and mountain lions, as well as all of the other myriad species native to the Santa Monica Mountains. The genetic diversity of mountain lions in the Santa Monica Mountains is already in jeopardy from habitat fragmentation. Without the habitat linkages allowing for migration, we are in danger of losing this apex predator and with it the overall health of the ecosystem of the mountains.

This last parcel of the Triangle Ranch is within the jurisdiction of L.A. County and is currently slated for 34 ranch style homes on the east slope of Ladyface Mountain. If completed, the development will constitute a formidable barrier to migration of animals to and from the Liberty Canyon wildlife connector.  Not only will this step-out development destroy acres of undisturbed habitat and migratory pathways, it is situated at what is already a choke point in fire escape routes for residents of Malibu and Cornell. This is a very high fire severity zone. It is also a route taken by millions of people to access the beaches and the many entertainment venues in the mountains. In the event of a fire emergency, evacuees could include not only residents, but vehicles towing livestock trailers and tourists uncertain of their direction, a potential lethal mix.

In addition, this portion of Triangle Ranch is all within the Malibu Creek watershed. Any development on the east slope of Ladyface Mountain will drain directly into Malibu Creek and its tributary, Lindero Creek, adding to the existing problem of contaminants in the Creek and on the beaches of Santa Monica Bay. Those Malibu beaches are one of the prime recreational resources for all of Southern California, as well as a vital part of the state’s tourism industry. Our city is working hard to improve water quality by adding water filtration devises for surface runoff within the city. These efforts are funded in part by state bond money. Putting suburbanized ranchettes downstream from us defeats the purpose intended by the bond funding.

In our time as decision makers, we did our best to plan for smart development that would occur within the boundaries of our city, capable of being served by existing infrastructure. Preservation of the unique character of the Santa Monica Mountains and its beleaguered wildlife was always an important consideration. The Triangle Ranch development makes all of our planning efforts in vain. It is the very definition of sprawl. It will further fragment sensitive habitat, impede wildlife migration, unnecessarily endanger people who are fleeing from fire, and contribute to additional contamination of Malibu Creek and the beaches of Santa Monica Bay.

Thank you for your attention to this important matter. We whole heartily support your efforts to preserve this property and its wildlife for future generations of Californians to enjoy.