The Wildlife Conservation Board (WCB) voted Tuesday, November 15, to provide a grant to the Mountains Restoration and Conservation Authority (MRCA) to purchase the Cornerstone property appropriately identified as the Agoura Hills-Santa Monica Mountains Gateway. The Santa Monica Mountains Conservancy (SMMC) also contributed funds towards this purchase. There is a willing seller. The MRCA will maintain the property. Evidence of endangered native plants, a wildlife corridor, future trails, and protection of the nearby recently purchased Triangle Ranch were some of the reasons for awarding this grant. The grant was unanimously approved. 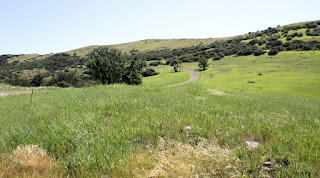 In an emailed statement, former State Senator and Agoura Hills' first mayor said, "Thanks to everyone who helped make this happen! Happy Anniversary Agoura Hills!"

Certainly, thanks should go to the many citizens who mobilized to oppose the large scale development project sited for this parcel in November of 2016. The lawsuit filed by STACK (Save the Agoura Cornell Knoll), and supported by the California Native Plant Society, in opposition to the Cornerstone development, was successful in court and upheld by the State Supreme Court. It put an end to to the project which included 44 residential units and 112,000 square feet of commercial development. Once it is purchased by the MRCA, the land will be preserved as open space and wildlife habitat in perpetuity. One Agoura Hills resident who spoke at the meeting, Mary Ann Rush, said "Fran Pavley deserves lots of the credit. Her speech was wonderful as she spoke about the project being a great gift to the city for its 40th Birthday." We agree that  Agoura Hills also  owes a big "Thank You" to Fran who serves on both the WCB and the SMMC board. From her early days as first mayor of Agoura Hills, throughout her subsequent political career in the California Assembly and Senate, and in her current roles with the SMMC, the WCB and the USC Schwarzenegger Institute for State and Global Policy, Fran has been a consistent and indefatigable champion for the the environment and the preservation of the Santa Monica Mountains. Virtually every parcel of mountain habitat in our area that has been preserved for future generations has her involvement in some manner. As a member of the WCB, Fran spoke convincingly about the importance of this parcel and made the motion to grant the funds to the MRCA.