On November 15, the California Wildlife Conservation Board (WCB) will consider a grant of $2,300,000 to the Mountains Recreation and Conservation Authority (MRCA) for the acquisition of a parcel of land in Agoura Hills known locally as "Cornerstone." This Santa Monica Mountains Gateway parcel is a key block of habitat linkage leading to the wildlife crossing currently under construction over the 101 freeway at Liberty Canyon. To the south of the parcel are many open space properties. Comments to the WCB can be addressed to mary.ahern@wildlife.ca.gov. You can also join the meeting via Zoom by going to the WCB website or click HERE.

The WCB staff is recommending approval of the grant siting the importance of the parcel which sits in the wild-land urban interface. 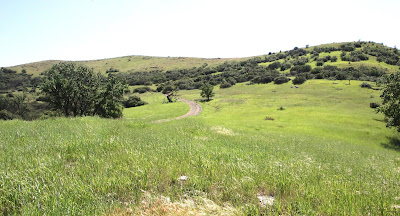 Below are excerpts from the WCB Staff Report:

"The Agoura Hills-Santa Monica Mountains Gateway property (Property) is located in northern Los Angeles County within the Agoura Hills City limits at the southeast corner of Cornell Road and Agoura Road. The Property sits in the wildland-urban interface. Commercial development and the Highway 101 are to the north of the Property with low density housing to the east.To the south are several open space
properties.The Property is less than 1.5 miles west of the under-construction Wallis Annenberg Wildlife Crossing at Liberty Canyon and comprises a portion of the western approach south of the 101 Freeway. Approximately two miles north of the Property is Ventura County’s Habitat Connectivity and Wildlife Corridor designed to support connectivity between the southerly Santa Monica Mountains and the northerly Simi Hills and Santa Susana Mountains.

The Property consists of 26 contiguous parcels and is subject to a tentative subdivision map for proposed mix used residential-commercial development. The gentle-sloped, mostly north-facing property features volcanic substrate with deep soils supporting Valley Oak Savannah and California black walnut. Up slope rocky terrain supports a high diversity of native grasses and wildlife flower species inter-mixed with pockets of scrub oak and coast live oak. The Property is accessible from Agoura Road and Cornell Road with an existing dirt road which will be dedicated as a public trail to form a segment of the Rim of the Valley Trail linking the proposed northerly Agoura Hills Linear Park. The Paramount Ranch Connector
Trail is to the southeast. The Property is approximately 500 feet east of a perennial water in Medea Creek.
The creek forms part of the upper Malibu Creek watershed that drains to the North Santa Monica Bay. The project will support the California Water Action Plan by preserving essential groundwater infiltration capacity within 500 feet of Medea Creek.

The Property is a high priority on the Santa Monica Mountains Conservancy Acquisition Work program and supports the goals of the Santa Monica Mountains Comprehensive Plan. The Property abuts MRCA’s Triangle Ranch that represents the southern terminus of the South Coast Missing Linkage’s Santa Monica-Sierra Madre Connection, cited in the State Wildlife Action Plan as “a highly collaborative inter-agency effort to identify and conserve the highest-priority linkages in the South Coast Ecoregion.” Portions of the Property contain grasslands and flower fields also targeted by the SWAP’s Conservation Strategy 1 (Land Acquisition/Easement/Lease).

The Project will preserve 8± acres of unique habitat and further the WCB Strategic Plan priorities and goals to fund multi-benefit projects that support species strongholds/refugia, habitat connectivity and corridors, and threatened and endangered species while simultaneously providing additional public use without degradation to the ecosystems. Preservation of remaining open space is critical to maintain, or restore, functional habitat connections within and between core habitat areas in order for species to adapt to, and persist through, climate change. Threatened and endangered species documented on the Property include the Federally listed Agoura Hills dudleya, and the California Endangered Species Act candidate species crotch bumble bee. The California Native Plant Society ranked 1B.1 Ojai navarretia is present. Additionally, the Federal and State listed Lyon’s pentachaeta and State listed Santa Susana tarplant are known to exist within one-half mile of the Property. Other important species using the site include deer and mountain lion."